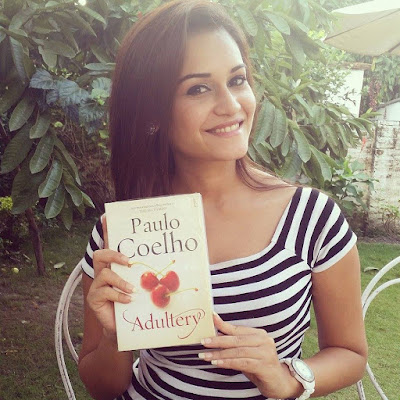 It is the sixteenth major book of Paulo Coelho, titled 'Adultery' is written in the core theme of adultery. The book was written in Coelho's native language, Portuguese and was released on April 10, 2014. The English edition is the book was published on August 19, 2014.

Plot
A woman in her thirties starts to question the predictability and routine nature of her life. Although she has a perfect life in everybody else’s eyes, she is not happy. She has a stable marriage, married to a rich and loving husband, she has given birth to sweet and well-behaved children, and her career as a journalist has nothing to complain about.
But, she still has unanswered questions about her life. She feels enormous apathy, boredom and depression in her life and faking happiness is an unnecessary effort.
She felt things start to change when she met her ex-boyfriend. The boyfriend of her adolescence days, Jacob, has now become a successful politician. During an interview, Jacob aroused passion in her, something that had been passive for a long time in her.
She found that the affair that followed was exciting. The impossible love and passion led her to a new avenue of her life. (Photo - Nepali actress and model, Reema Bishowkarma, holds Paulo Coehlo book 'Adultry')

Popular posts from this blog

March 27, 2015
Fiction was never my cup of tea. But there are still few books that I cannot forget and stop praising it for its beauty. The Firm by John Grisham , Shogun by James Clavell , Master of the Game by Sidney Sheldon are the few of them which have immense impact on my reading; fiction. On my last visit to Nepal, I saw a book on the street and its titled पागल बस्ती. The name itself was appealing. I couldn’t resist myself from momentarily halting my walk and have a sneak peak on the book. I dropped it back after a few minutes of flicking over and walked away with a heavy heart without being able to decide if I should buy it or not; as I was unsure. Will I be able to finish it ?? or will my anger just take over my reading for not being able to comprehend. But the battle continued in my head. I wondered what made him choose such a title, and what could be the content of it. I have heard the rumours that this book reflects his life but he has denied this comment in media and hi
Post a Comment
Read more